The Wife of Monte Cristo 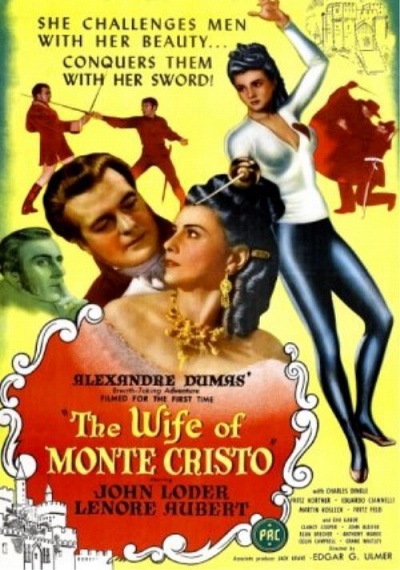 Alexandre Dumas famous fictional count gets revenge in this lively sequel to the original story. The Monte Cristo count begins by returning to Paris under an assumed name. There he helps the beleaguered poor who must suffered from the early 19th-century revolution. The cloaked count soon finds himself pursued by a cruel policeman. The counts brave wife throws the cop off her husbands scent by dressing up as the masked avenger herself and proves that she too is most competent with a sword. Swashbuckling mayhem ensues. Directed by Edgar G. Ulmer.